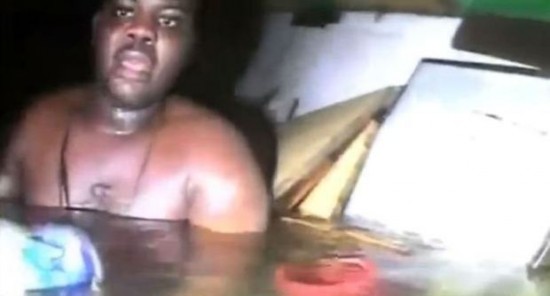 A Nigerian cook, Harrison Odjegba Okene, survived 3 days at the bottom of the Atlantic Ocean after his ship sank!

The amazing rescue operation back in May was recorded by DCN Diving and has recently been released.

Okene was a chef on the Jascon 4, an oil company’s ship, when it capsized and sunk 100 feet into the ocean off the coast of Nigeria due to heavy ocean swells,Huff Post reported.

Divers from the Dutch company subsequently went looking for dead bodies in the submerged wreckage and were shocked to discover Okene alive. They used hot water to warm him up and attached oxygen masks to him before retuning him to the surface, The Guardian reported.

Okene was able to survive by breathing oxygen in a small air pocket and drinking only coca cola. The conditions were so severe that the salt water had begun to take off skin from his body and tongue, according to BBC.

If You Ever Feel Stupid, Just Look At These 30 Photos

28 Of The Coolest And Most Unique Dog...