Rupert – One of the Largest Cats in the World (4 Photos)

Rupert is one of the largest cats in the world, weighing 20 lbs. But he is not fat, just very large. Rupert is a Maine coon cat, a breed quite young and still growing. 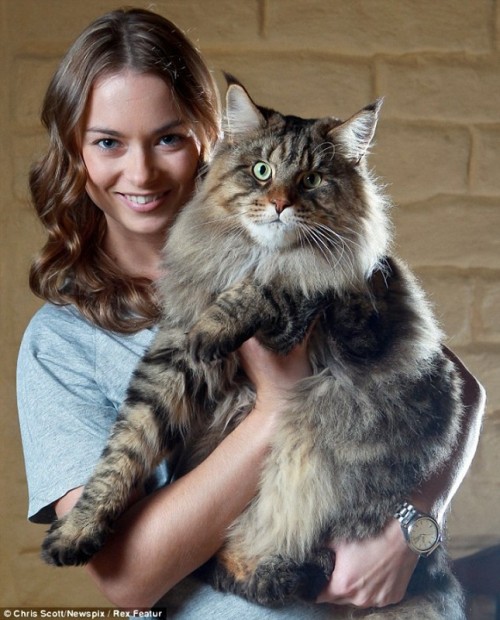 Rupert is three time big cat of the years old and almost 5 kg and this is due to a strong skeleton and muscles. When the cat was brought in a cat show in his native Australia, and there competition judges immediately said that such a large Maine Coon, they had never seen before. 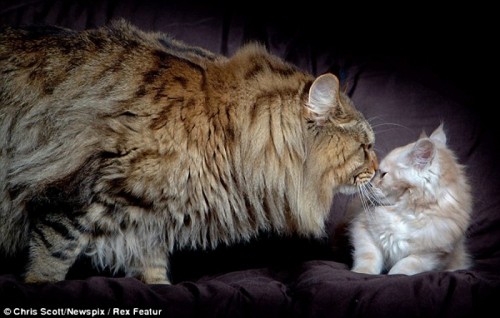 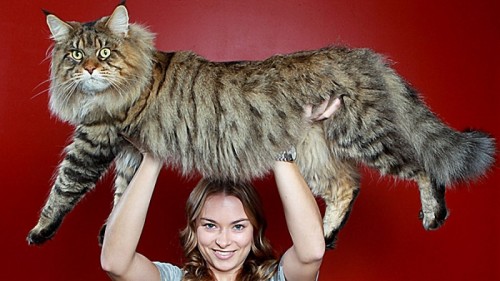 “It’s not a cat, but a real mega monster cat, and still yet not fully grown” said by surprised judge, Lesley Morgan Blythe
Rupert’s owner,Kyra Foster says He’s a large cat with a wild terrific look,people literally blow away from his eyes, when they dare to come closer to him. 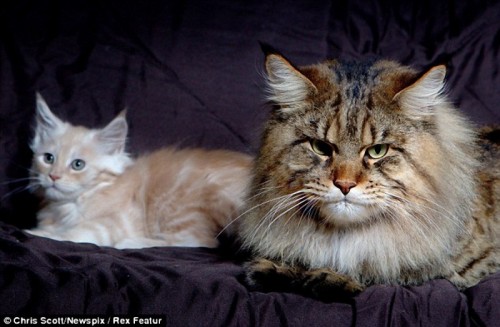 Apparently, according to Rupert edition of Daily Mail is one of the largest and most with no fat house cats in the world. Maine coons, however, have been known for its large size, but even among them there are unique instances.

33 Things You Were Afraid Of During Your...