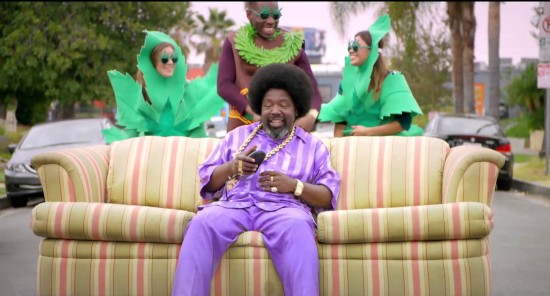 Nearly 13 years after the release of “Because I Got High,” Afroman is back in the spotlight with a “positive” remix of his hit song. This time, he is releasing a new video advocating the legalization of pot.

The original song made jokes about making poor decisions because of weed, but the positive remix above takes a different approach, mentioning numerous advantages of legalizing marijuana. “I had problems with glaucoma/But then I got high/Smelled the cannibis aroma/And I got high/Glaucoma getting better and I know why,” sings Afroman.

Afroman goes on singing about how states like Colorado are bringing in lots of revenue of the new laws. “They built a school or two/Because I got high,” sings Afroman.

The rapper teamed up with Weedmaps and NORML, the National Organization for the Reform of Marijuana Laws, to raise awareness for the November elections where some states have legalization initiatives on the ballot.