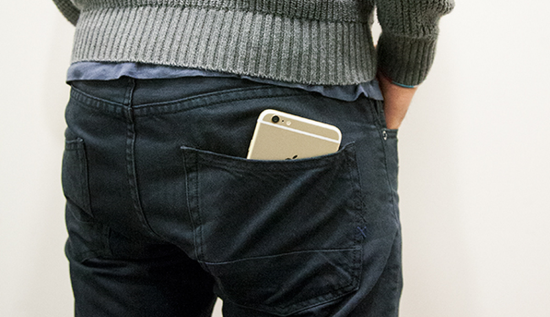 It seems like just about every brand out there is trying to take advantage of Apple’s nightmare! Recent reports indicate that the new iPhone is prone to bending! Apple says only 9 people have reported their iPhones being bent but a quick search on Twitter says otherwise. Nonetheless that is big problem for Apple.

The first company to take a jab at Apple was, of course, Samsung!

Followed by HTC and LG!

Designed to withstand the most demanding environments. Like your pockets. #HTCOneM8

Even Nokia jumped on the bandwagon!

But it wasn’t just technology companies, here are some non-techies taking advantage of #bendgate.

Safe in your pocket, safe in your mouth. #BendGate #6Plus pic.twitter.com/0hZbOpGEqW

WARNING: Whataburger WILL bend if left in your pocket. #bendgate pic.twitter.com/wXcUpfVFoS

35 Pics that prove how smartphones are taking...

14 Incredible Facts You Didn’t Know About The...

‘LEBLOX’: An App Lets You Create a Pixelated...

Check Out What This Awesome Dad Made For...

The 20 Worst Passwords You Can Use