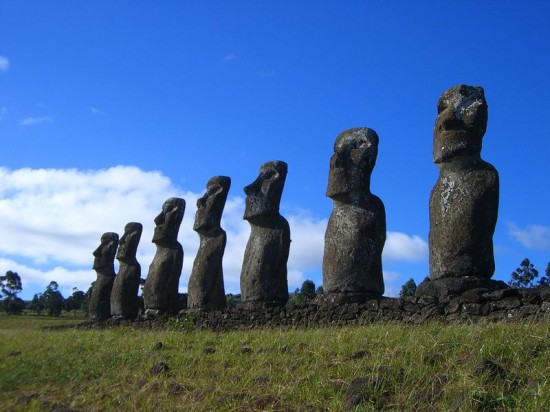 Easter Island is the most secluded corner of our planet, it is a small piece of land, which is located in the Pacific Ocean and away from the nearest habitable Pitcairn Island at 2600 km west of Chile. it also called Rapa Nui. The island derives the name because it was open on Easter Sunday in 1722 by Dutch explorer Jacob Roggeveen. Camaya known for mystery of Easter Island, which for hundreds of years trying to unravel the researchers a giant stone statues, moai. These mysterious monoliths were carved out of petrified volcanic ash. 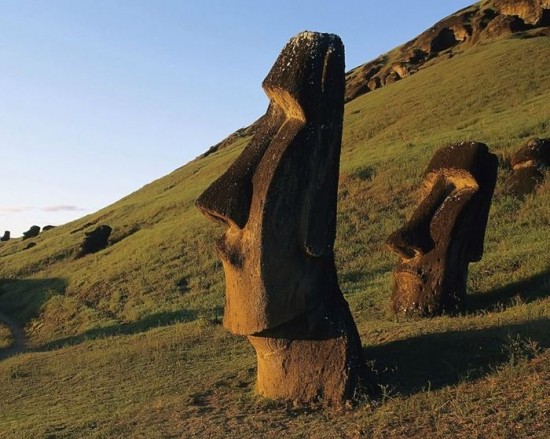 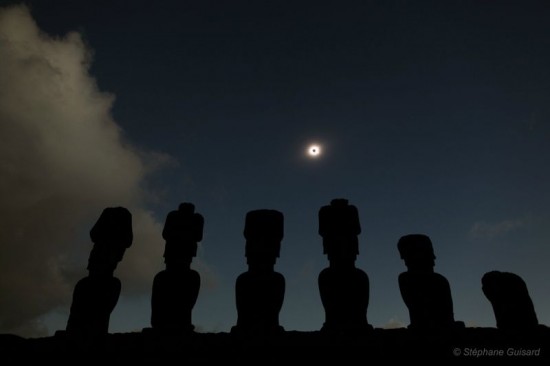 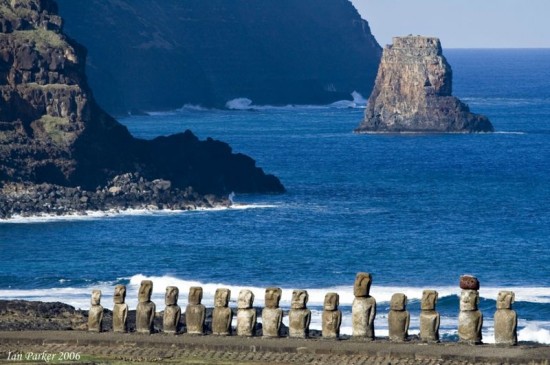 The four meter “dwarfs”, hoisted on pedestals-ahu along the ocean coast, in the original headdresses. The stone platforms were equally gigantic up to 500 feet long and 10 feet high, with facing slabs weighing up to 10 tons. 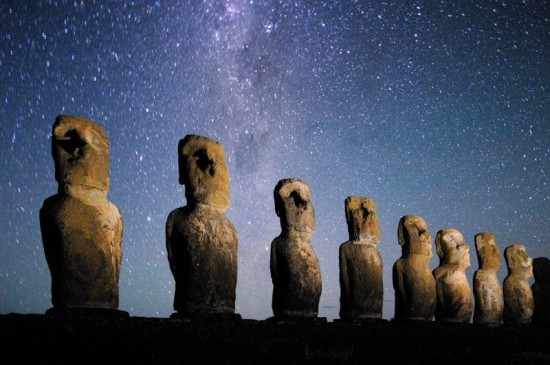 Most scholars agree the date of the Polynesians arrival on the island and why their civilization ultimately collapsed is still being debated. Many experts maintain that the settlers landed around 800 A.D. In some way for many years they had been able to seize power over the natives. 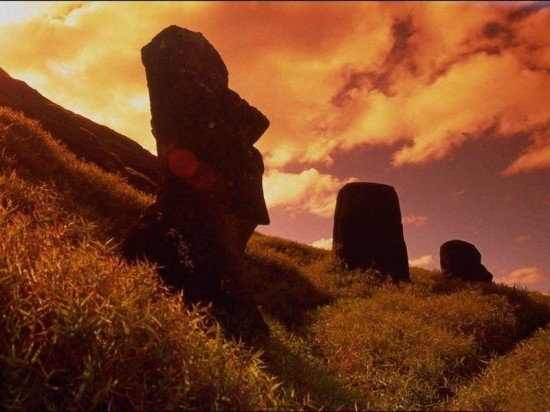 Many abandoned chopped in the crater Rano Raraku. Experts believe that the tools worked and as to produce a new stone tools much easier than the old grind and disposal of old ax. 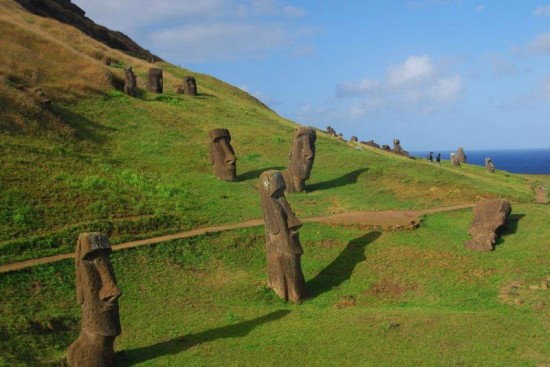 The unfinished statues remain the same because, cutting them is a relatively soft volcanic tuff, masters stumbled on a solid rock, to overcome that they could not afford. 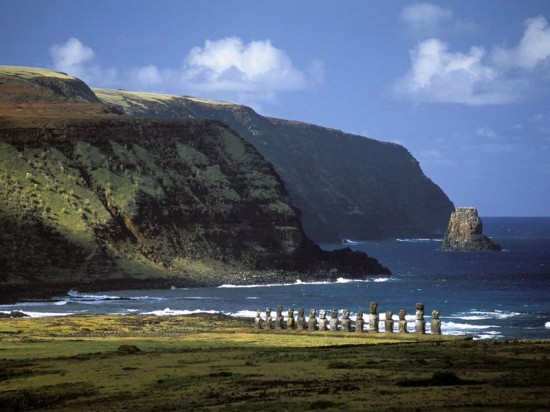 The stone giants were delivered to the right place. Local residents say that no further knowledge about the stone heads was easily recorded. In their language even has a word which means the slow movement without legs. But what they meant is unknown. 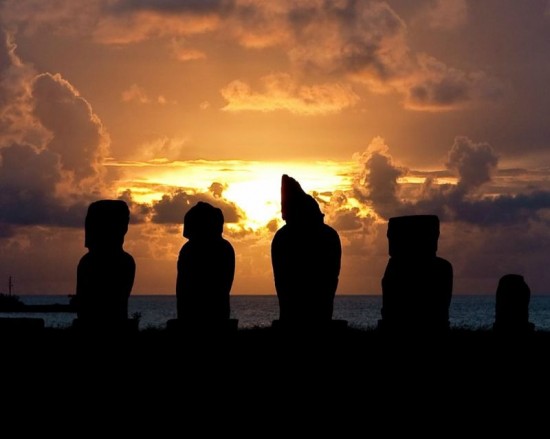 There was the theory of motion of a vertical rotating waddle used. So even the heavy drums and cylinders can be move. It was a Successfully conducted field tests of this method, all stone were moved with the help of ropes and short wooden levers confident moai “walked” forward. 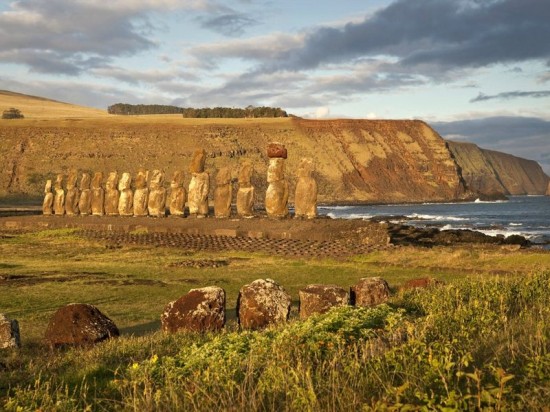 But there is still one of the most fantastic version that adherents believe that Easter Island was once part of Lemuria, the legendary, and with it disappeared into the depths of the Pacific ocean. 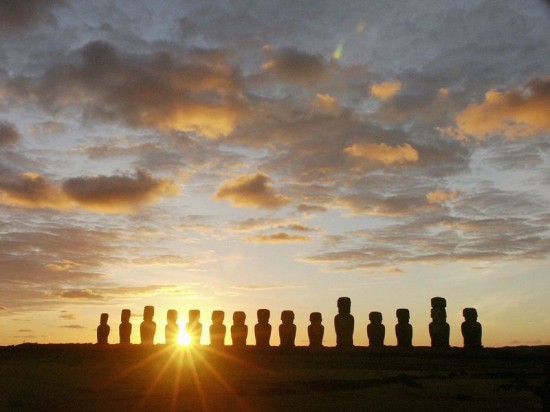 Many centuries later, as a result of some natural disasters ancient volcano with a 10-meter moai on its slopes again appeared above the water. And the first settlers of the island, trying to recreate the giant statues on the neck gone into sedimentary rocks, began to cut a 4 meter “dwarfs” 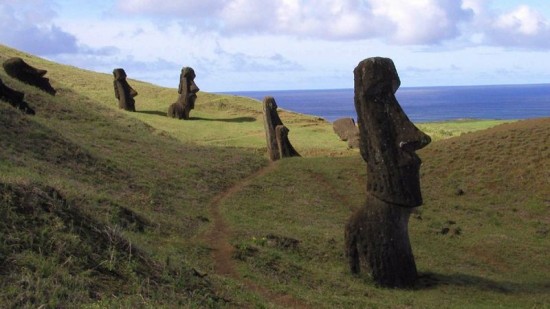 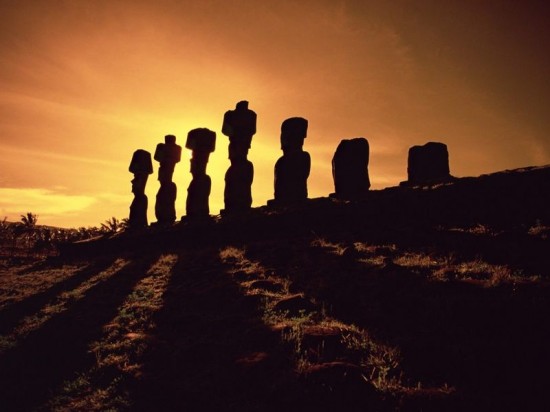